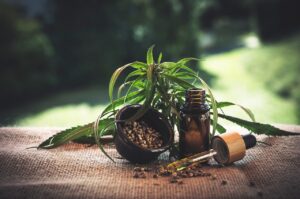 Cannabis is a plant that’s native to South and Central Asia. It goes by many different names, the most common being marijuana.

Cannabis is a mind-altering drug that can be utilized in different ways. It can be absorbed through vapor, smoking, or as an extract added into food. This drug has been used for centuries in Asia, to alter a person’s moods and cognitive behavior and to elicit spiritual enlightenment.

This plant contains 483 compounds, that have been discovered. It is among 65 other cannabinoids that are known at this time. There’s a chemical in the cannabis leaves, known as THC.

Tetrahydrocannabinol is a psychoactive component that’s being used for its ability to relieve pain.

THC is absorbed immediately when smoked as pot. This chemical is extracted from the cannabis plant by pharmaceutical companies, through a process known as distillation.

The marijuana plant is mistakenly placed in the same category as the hemp plant. There’s much confusion caused when distinguishing between these two. Yet, their chemical makeup is totally different. And to look at the plant, they have a different appearance.

Smoking hemp flower buds can bring relaxation, but it’s not being used for medicinal purposes. This drug has a very low content of THC, so the individual doesn’t get any of the many health benefits.

Marijuana needs to be grown in a carefully controlled environment with specific care being necessary. Hemp can be grown in various climates with minimal care. Hemp is used by the automobile industry, for the manufacture of body care products, construction, clothing and to make plastic. Smoking hemp is strictly for recreational use.

Actually, new health benefits of cannabis are continually being discovered. Narrowing this down to three major benefits is very hard to do.

THC, the aforementioned chemical compound found in marijuana produces different psychological effects. Its outstanding benefit is to calm the user down and help to control their moods. This eases the psychological pressures of depression and even in the treatment of children who suffer from Autism and anxiety.

It can relieve the pain for those who are suffering from the symptoms of arthritis or even cancer.

For diabetics, cannabis can help to stabilize the person’s blood glucose levels.

And with those afflicted with high blood pressure, cannabis can effectively lower blood pressure and improve the circulation of blood through the body. Albeit the research here is rather new and it’s mostly anecdotal evidence.

And buyers beware! There are many fraudulent products being sold on the market. The consumer must be cautioned, not all cannabis is of an equal quality.

There should be a lot of in-depth research done before buying weed online. 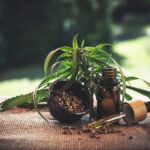 Cannabis is a plant that’s native to South and Central Asia. It goes by many different names, the most common being marijuana. Cannabis is a

Drop us a line